Shopping Cart0 item(s) - 0.00€
Your shopping cart is empty!
Welcome visitor you can login or create an account. 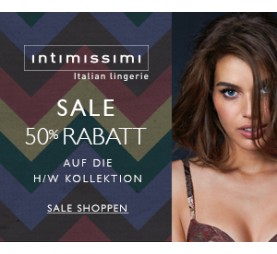 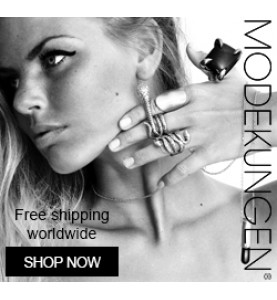 This week’s MIXED TAPE #11 is brought to you by The Shambolic. Another great mix from another VIHANNA crew member - a well-known Viennese party line.

David Muhr, a Viennese DJ - was mainly inspired to check out the wheels of steel through Gilles Peterson because of all the different types of music he would play. He used to religiously listen to his show.

The Shambolic did reveal us that he does prepare prior to each gig but eventually it becomes a gut thing. We assume depending on the crowd you try to adjust to their flow, still staying faithful to your genre and style ... That’s what makes a DJ unique! But he did admit that depending on the gig/ atmosphere he deejays, if playing a tight 1 hour gig of a specific style in a club he won’t take requests. Whereas if he spins at a bar and it's more relaxed and people are just there to drink, he’d be a lot more flexible and take certain request.

„I definitely play stuff now that I probably would have never played five years ago. Realizing that it comes down to making people dance and ensure that they have a good time, rather than playing music just for yourself.“

– Thumbs up on that The Shambolic. We love that attitude! David is the more digital type of DJ, not leaving the house without Traktor as it is more convenient this way to carry around your record collection. He has used vinyl before and still does but agrees that the technology now, going digital has definitely eased a DJ’s life. #TM: Do you feel a crowd is actually able to appreciate the intricacies of complex DJing, if they don't actually know what, precisely, is happening behind the decks?

The Shambolic: Yes and no. I've seen dance-floors empty out within 5 minutes, so people know whether they like it or not. First and foremost it's about your track selection and not really about being good technically. Unless, a DJ is so bad that you cringe at every mix he does - people won't really notice the craft. I'd say people who are frequent club-goers and music-heads will notice the differences between a good and a great DJ though.

– We so agree on this, Mr. Shambolic – a good track selection is the main rule but mixing it up the right way, beat-matching we would say goes parallel to it – speaking about frequent club-goers and music-heads

We totally loved his humble answer when asking him about an incisive moment in his artistic career or sharing a moment with a special DJ:

“There is not really anyone I would pick in particular, but the fact that I got to DJ with some amazing musicians is already more than I could have wished for. “

We asked him to point out two DJs he thinks deserve a round of applause, and where else to start off than in your own community, right? So he did mention his boys from VIHANNA that truly deserve much love and attention, but also Amblio, who David describes as having a great taste in music. On an international level he recommends Floating Points & Four Tet back to back. This was already more than two, The Shambolic – but we give you a pass on that.

#WISDOMOFTHEDAY:
To all the starting Djs/ Rookies out there, take The Shambolic’s advice:

“First and foremost surround yourself with music and listen to a lot of music. Be curious and open-minded about other styles. There is so much to discover. And of course: Practice, practice, practice!"

So, did we make you curious about The Shambolic? Then get ready to dig into his music-world and discover his mix – exclusively on #TAG MARKET.

Aaaaand, before we leave you with his mix here’s the link to VIHANNA’s upcoming event tonight. You can enjoy The Shambolic and his VIHANNA crew, Mystic Stylez and Teklife family live! Be there or be square party people – ‘cause we are giving away 1x2 guest-list spots for you and your bestie! – Check #TM’s FB page for giveaway details and don’t forget to LIKE us on FB to win. One more thing, don't forget to follow #TM on SoundCloud. Thanks xx

Founded in 2014, in the heart of Vienna, Austria. The name TAG MARKET was inspired by the well known American yard sale known as tag sale. Selling carefully curated selections of new, pre-loved and vintage pieces from private sellers, independent designers to established on our online shop as well as participating at acquainted pop-up markets in Vienna. And combining it with the social media’s newest foundation, the "hashtag" – we thought of the name TAG MARKET. Obviously our postings on social media platforms have all the tags that you can think of, but also the products being sold on our online shop are "tagged" – and used as search key words on our website, to make the search of our products sold, easier for our customers to find. [Read More..]